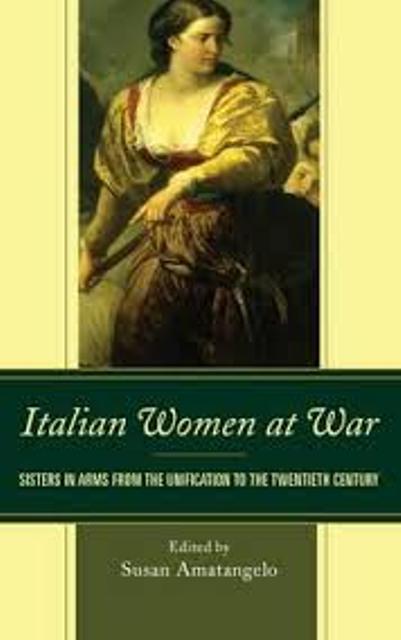 Italian Women at War
Sisters in Arms from the Unification to the Twentieth Century
Edited by Susan Amatangelo – Contributions by Stefania Benini; Norma Bouchard; Benedetta Gennaro; Lucia Re; Fiona M. Stewart; Giovanna Summerfield and Daria Valentini
Hardback
eBook
Italian Women at War: Sisters in Arms from Unification to the Twentieth Century offers diverse perspectives on Italian women’s participation in war and conflict throughout Italy’s modern history, contributing to the ongoing scholarly conversation on this topic. Part one of the book focuses on heroines who fought for Italy’s Unification and on the anti-heroines, or brigantesse, who opposed such a momentous change. Part two considers exceptional individuals, such as Eva Kühn Amendola, who combatted both with her body and her pen, as well as collective female efforts during the world wars, whether military or civilian. In part three, where the context is twentieth-century society, the focus shifts to those women engaged in less conventional conflicts who resorted to different forms of revolt, including active non-violence. All of the women presented across these chapters engage in combat to protest a particular state of affairs and effect change, yet their weapons range from the literal, like Peppa La Cannoniera’s cannon, to the metaphorical, like Letizia Battaglia’s camera. Several of the essays in this volume discuss fictional heroines who appear in works of literature and film, though all are based on actual women and reference real historical contexts. Italian Women at War furthers the efforts begun decades ago to recognize Italian women combatants, especially in light of the recent anniversary of the Unification in 2011 and global discussions regarding the role of women in the military. Its aim is not to glorify violence and war, but to celebrate the active role of Italian women in the evolution of their nation and to demystify the idea of the woman warrior, who has always been viewed either as an extraordinary, almost mythical creature or as an affront to the traditional feminine identity. « less
Book Details